Full room at the final of Integration Film Academy 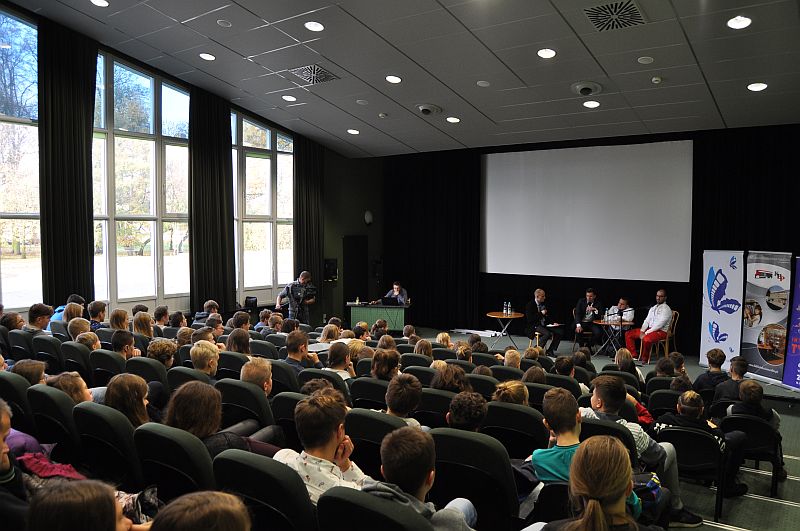 We’ve met for the 12th time in Alternatywa Cinema at Integration Film Academy. This has been the last meeting this year. This time the screenings were watched by the clients of 'Odrodzenie' Centre for People with Special Needs in Koszalin and the students from Sport Schools Complex. We invited Grzegorz Lanzer (a sevenfold Champion of Poland, a threefold medalist of European Championships in bench-press), Maciej Sochal (a world record holder in club throw – 37,19m, an Olympic Games Champion from Rio de Janeiro) and Paweł Spisak (a three-day-event contestant, a fourfold participant of Olympic Games). The film by Jerzy Jarnas ‘Olympians’ was watched with great interest and the discussion following the screening evoked many positive emotions. Moreover, the youth listened to the stories of our guests with interest.