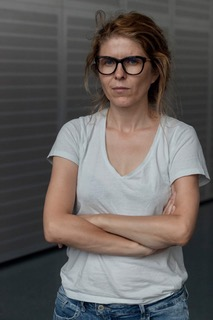 ANNA JADOWSKA - She was born in 1973 in Oleśnica. She has studied Polish Philology at Wroclaw University. She debuted literarily in Burlington in 1973. Moreover, she has worked in Polish Radio Wrocław. In 1999 she started studies at Film and Television Direction Department of the Polish National Film School in Lodz. She is a co-director of a full-length feature film ‘Dotknij mnie’ shown e.g. at a Film Festival in Berlin. In 2005 her second film ‘Tylko ja’ was awarded at Polish Film Festival in Gdynia for her direction debut. Her next film ‘Dzikie róże’ is awaiting its international premiere. 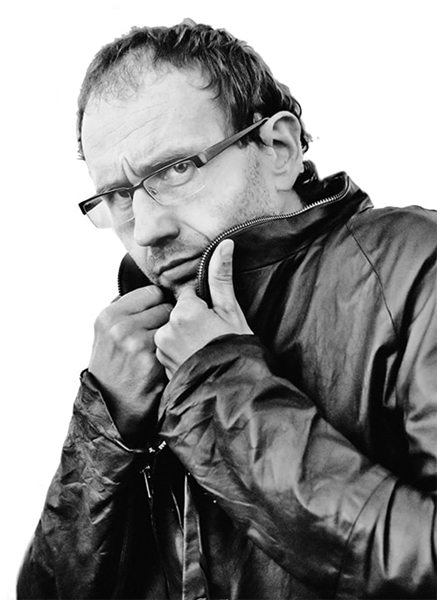 MARCIN KOSZAŁKA - the author of shooting for numerous substantial works of Polish cinematography. He has received awards at Polish Film Festival in Gdynia and Camerimage and has been nominated for Orły awards three times. He is a member of Polish and European Film Academy and a director, screenwriter and editor of documentary and feature films. After having made two school etudes he debuted in 1999 as a director of ‘Takiego pięknego syna urodziłam’ - a documentary concerning relations in his own family. The film has been awarded in Berlin, Kraków and Nyon. The following Koszałka’s films have been numerously awarded in Karlovy Vary, Chicago, Cracow, Tampere, Teheran, Trento. His most popular films are: ‘Istnienie’, ‘Śmierć z ludzką twarzą’, ‘Cały dzień razem’, ‘Do bólu’, ‘Ucieknijmy od niej’, ‘Deklaracja nieśmiertelności’, ‘Zabójca z lubieżności’. The last documentary telling indirectly a story of a serial murderer from Bytom has been his inspiration for his debut feature film. This is how an artistic thriller ‘Czerwony pająk’ came into being and was met enthusiastically at film festivals in Karlovy Vary, Arras, Cairo, Chicago, Hajfa, Wiesbaden. The film was awarded at film festivals in Arras and Cairo, in Wiesbaden for direction and was nominated for the awards of Polish Society of Cinematographers and Polish Film Academy. 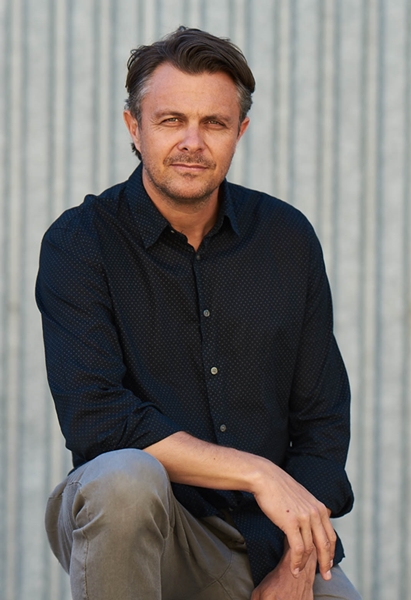 MAREK BUKOWSKI - a graduate of PWST National Academy of Theatre Arts in Krakow. He has played a few dozen film and TV roles. He is a screenwriter and director of films and TV series. In 2016 he debuted as a writer of a crime story ‘Najdłuższa noc’. The next novel will be published in March 2018. 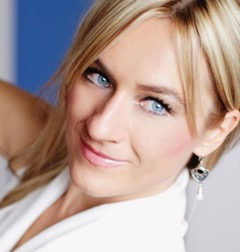 ANNA DUDA-GOCEL - a director, a screenwriter, a documentalist, TVP journalist, the author of many documentaries, reportages, educational films. She is also a publisher, a presenter, a doctor of legal sciences, a German specialist, a certified German translator. She works for TVP3 Lublin where she makes her programme ‘STOP!Kultura’. She has been a stipendist of science, film and media programmes in Munich, Mainz, Bonn and Amsterdam. Between 2013 and 2014 she was a stipendist of postgraduate Film and Television Documentary studies at University of Television and Film Munich. She has been awarded e.g. for a documentary ‘Wyślę wam kartkę’ (the film has received Butterfly award at European Film Festival ‘Integration You and Me’), ‘Jańcio Wodnik’ at National Film Art Festival, it has also been nominated for the main award at Polish Film Festival in Chicago and at Gdańsk DocFilm Festival. This autumn she will be making a documentary film in Cambodia in cooperation with Khmer Community Development.

PAULINA MALINOWSKA-KOWALCZYK – a journalist, she has been working for Polish Television since 2002 and for TVP Sport since 2006. She runs a programme ‘Pełnosprawni’ /Able-bodied/ which shows various aspects of sport of people with disabilities - professional, Paralympic and amateur. She has covered Olympic Games in Athens, Beijing, Vancouver, London, Sochi (at the same time she was a press attache of the Polish representation) and Rio de Janeiro. She has run and created programmes concerning social issues ‘Spróbujmy razem’ (TVP2) and ‘Człowiek wśród ludzi’ (TVP1). She is a laureate of Lady D. title in a professional life category and her programme ‘Pełnosprawni’ has been honoured with a special distinction at International Film and Programme Festival concerning sport in Milan. She believes that dreams are to be aimed at and a man needs to reach the goals they have set even if they seem implausible.